We're carrying out a pilot project to replace bin chutes in low rise blocks and instead introduce external bins that will have recycling facilities. As well as being good for the environment, these changes will also reduce bad smells in the blocks caused by rubbish in the chutes, and reduce fire risks.

Redundant bin stores will be converted into storage for, for example, prams and bikes. There will also be some improvements made to landscaping in the local area as part of the project.

The blocks taking part in the project are:

If you live in one of these blocks, we'll be in touch - and you can check back here for further updates. 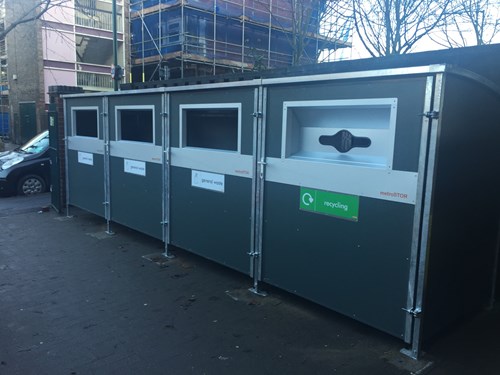